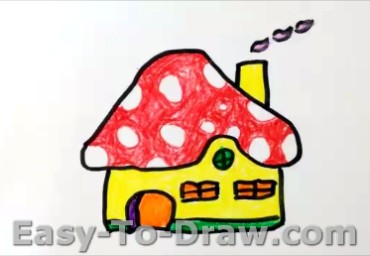 The real Mushroom House or Pod House is a contemporary residence in the town of Perinton, New York which has been featured in television programs (notably HGTV’s Offbeat America series) and books (notably the Weird U.S. series) due to its whimsical appearance. Patterned after umbels of Queen’s Anne’s Lace, its brown color is more suggestive of mushrooms. The house was constructed for attorney-artist couple Robert and Marguerite Antell between 1970 and 1972 and was designated a town landmark in 1989.

The structure is sited in a moderately-wooded ravine adjacent to Powder Mills Park. The house itself comprises four 80 ton pods which rest on reinforced concrete stems of 14 to 20 feet in height. These fan out from three feet in diameter where they connect to the pods to five feet at the base. The sides of each pod’s “cap” are completely windowed. One pod serves as the living and dining area, one as the kitchen, and two as sleeping areas. An additional “half pod” provides an open deck area. The house has 3 bedrooms and 3 bathrooms in 4,168 square feet.

Here are the steps to draw a Mushroom House. Enjoy!

Step 1: Draw the roof and the chimney with smoke. 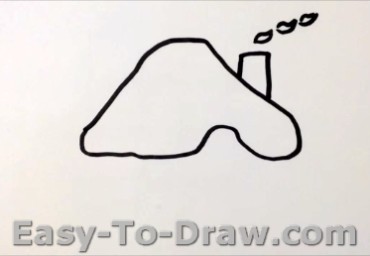 Step 2: Draw the wall of the house and the door. 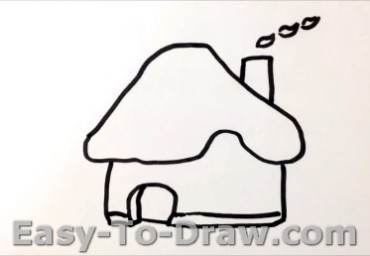 Step 3: Draw one small round window and two big windows. 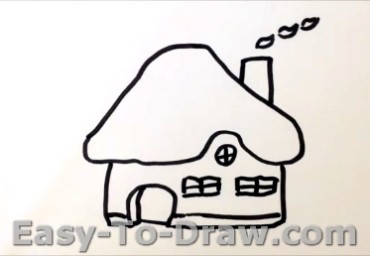 Step 4: Draw some red circles on the roof and make it looks like a mushroom. 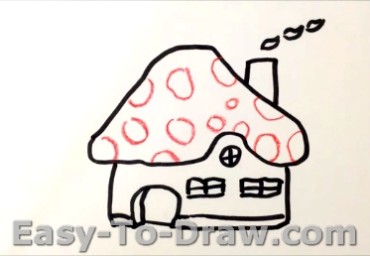 Step 5: Color the roof red, the chimney and the wall yellow. 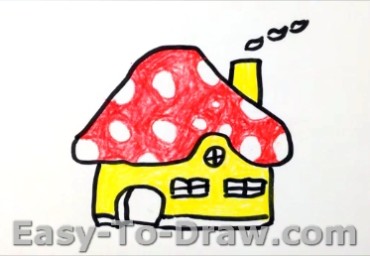 Step 6: Color the smoke pink and the door and windows orange.