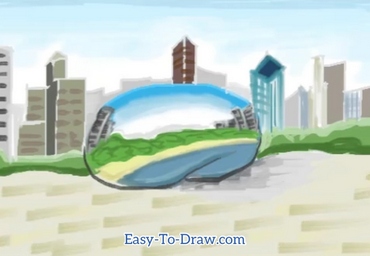 Millennium Park is a public park located in the Loop community area of Chicago in Illinois operated by the Chicago Department of Cultural Affairs and managed by MB Real Estate. The park was intended to celebrate the third millennium and is a prominent civic center near the city’s Lake Michigan shoreline that covers a 24.5-acre (99,000 m2) section of northwestern Grant Park. The area was previously occupied by parkland, the Illinois Central rail yards, and parking lots. The park, which is bounded by Michigan Avenue, Randolph Street, Columbus Drive and East Monroe Drive, features a variety of public art. As of 2009, Millennium Park trailed only Navy Pier as a Chicago tourist attraction and by 2017 it had become the number one tourist attraction in the Midwestern United States. In 2015, the park became the location of the city’s annual Christmas tree lighting.

Cloud Gate is a public sculpture by Indian-born British artist Sir Anish Kapoor, that is the centerpiece of AT&T Plaza at Millennium Park in the Loop community area of Chicago, Illinois. The sculpture and AT&T Plaza are located on top of Park Grill, between the Chase Promenade and McCormick Tribune Plaza & Ice Rink. Constructed between 2004 and 2006, the sculpture is nicknamed “the Bean” because of its shape, a name Kapoor initially disliked, but later grew fond of. Made up of 168 stainless steel plates welded together, its highly polished exterior has no visible seams. It measures 33 by 66 by 42 feet (10 by 20 by 13 m), and weighs 110 short tons (100 t; 98 long tons).

Here are the steps to draw Millennium Park. Enjoy!

Step 1: Draw the Cloud Gate/the Bean and color it. 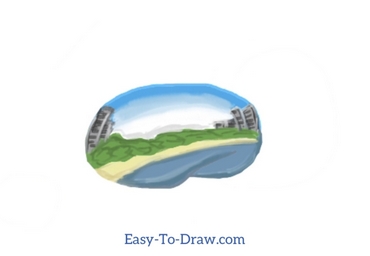 Step 2: Draw the trees beside the Cloud Gate and the shadows. 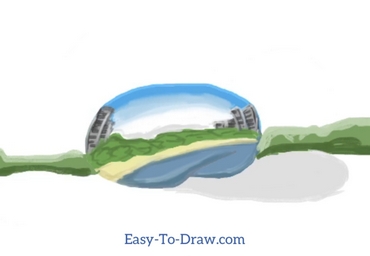 Step 3: Draw the square in the Millennium Park. 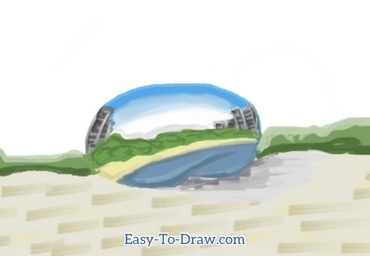 Step 4: Draw the outlines of the skyscrapers. 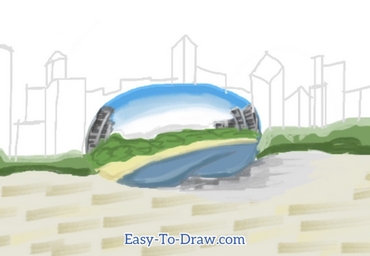 Step 6: Color the sky in different shades of blue.