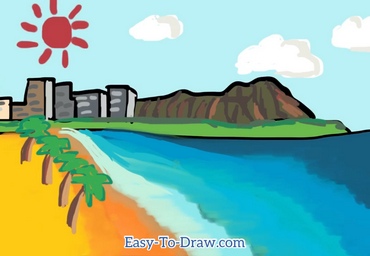 Hawaii is a U.S. state located in the Pacific Ocean. It is the only state outside North America, the only island state, and the only state in the tropics. Hawaii is also one of a handful of U.S. states to have once been an independent nation.

Hawaii encompasses nearly the entire Hawaiian archipelago, composed of 137 volcanic islands spanning 1,500 miles (2,400 km), which are physiographically and ethnologically part of the Polynesian subregion of Oceania. The state’s ocean coastline is consequently the fourth longest in the U.S., at about 750 miles (1,210 km). The eight main islands, from northwest to southeast, are Niʻihau, Kauaʻi, Oʻahu, Molokaʻi, Lānaʻi, Kahoʻolawe, Maui, and Hawaiʻi, after which the state is named; it is often called the “Big Island” or “Hawaii Island” to avoid confusion with the state or archipelago. The uninhabited Northwestern Hawaiian Islands make up most of the Papahānaumokuākea Marine National Monument, the largest protected area in the U.S. and the third largest in the world.

Here are the steps to draw Hawaii. Enjoy!

Step 1: Draw the outlines of the beach. 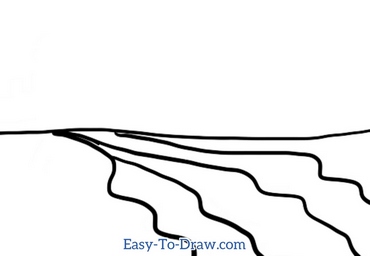 Step 2: Draw the outlines of the buildings and the hills. 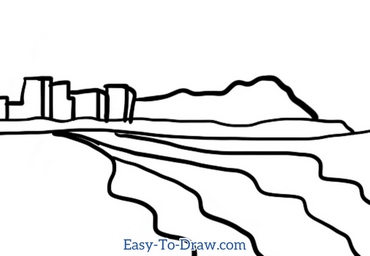 Step 3: Color the sea and the sand. 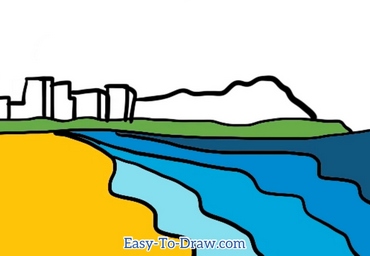 Step 4: Color the buildings and the hills. 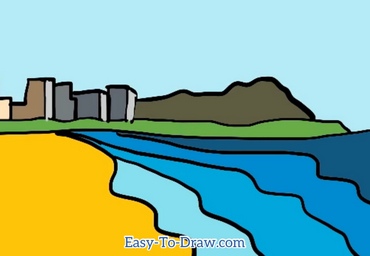 Step 5: Draw some layers of the sea and the beach. 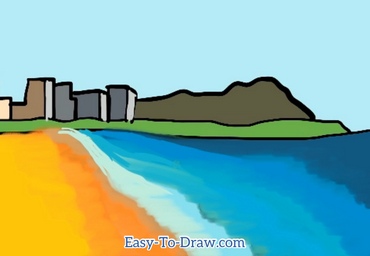 Step 6: Draw a sun and some clouds. 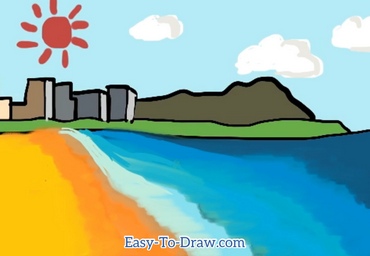 Step 7: Draw some palm trees on the beach. 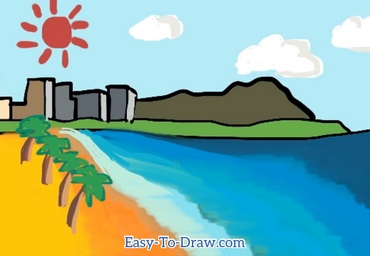 Step 8: Draw the windows of the buildings and some layers on the hills.

If I was in Hawaii
I’d find a sailboat
Sunset cocktail floating by on the ocean
Freshly squeezed
In Hawaii
Forget my language
I’d sing aloha, below-ha, hoo, hoo kakoo