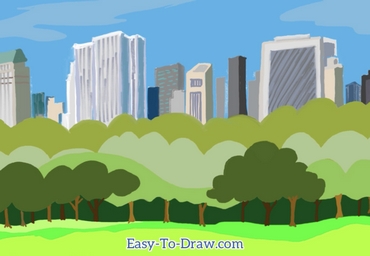 Central Park is an urban park in New York City located between the Upper West and Upper East Sides of Manhattan. It is the fifth-largest park in the city by area, covering 843 acres (341 ha). It is the most visited urban park in the United States, with an estimated 42 million visitors annually as of 2016, and is the most filmed location in the world.

Here are the steps to draw Central Park. Enjoy!

Step 1: Draw the outlines of the trees in the park. 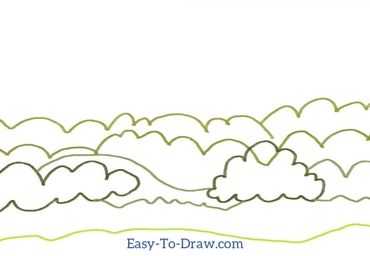 Step 2: Draw the outlines of the high buildings. 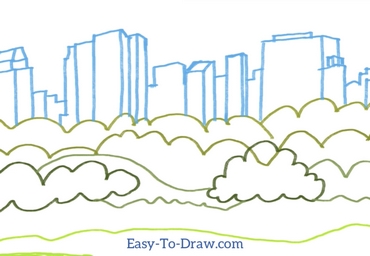 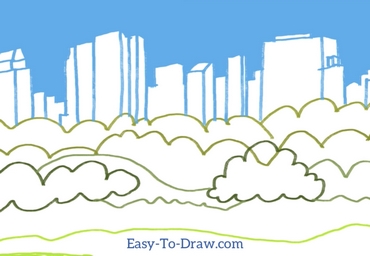 Step 4: Color the trees in different shades of green. 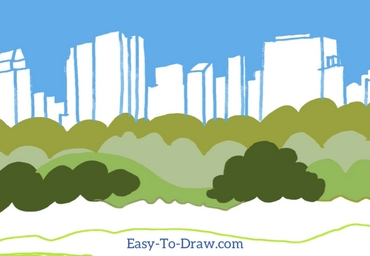 Step 5: Color the lawn and draw the trunks. 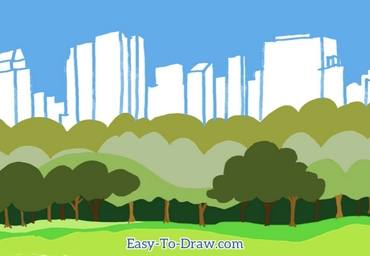 Step 6: Color the Skyscrapers and draw some clouds.

“Central In My Heart” Song lyrics

In the middle of Manhattan
In the middle of Manhattan
There’s a spot unlike the rest
An actual oasis
It’s like New York, but undressed
I’m talking ’bout a place where all the bustle seems to pass
What’s this place I speak of?
Why, I’m so glad you asked
It’s Central Park
It’s a haven, it’s a jewel
Central Park
And it even has a pool
The city’s little refuge filled with kind of art and art
And guess what? It’s central in my heart
The cops patrol on horseies as the kiddos hide their weed
Be cool, be cool
There’s tennis players deucin’ and he just deuced for free
Good job!
See rollerbladers tripping, yogies doing downward dog
And truant students skipping while their WASP-y mothers jog
Central Park
Built in 1857
Central Park
Where all rats go to heaven
It used to be a village, but no one talks about that part