Watermelon is a vine-like flowering plant originally from southern Africa. It is a large, sprawling annual plant with coarse, hairy pinnately-lobed leaves and white to yellow flowers. It is grown for its edible fruit, also known as a watermelon, which is a special kind of berry referred to by botanists as a pepo. The fruit has a smooth hard rind, usually green with dark green stripes or yellow spots, and a juicy, sweet interior flesh, usually deep red to pink, but sometimes orange, yellow, or white, with many seeds.

The plant has been cultivated in Egypt since at least the 2nd millennium BC and by the 10th century AD had reached India and China. It later spread into southern Europe and on into the New World. Much research effort has been put into breeding disease-resistant varieties and into developing a seedless strain. Nowadays a large number of cultivars are available, many of them producing mature fruit within 100 days of planting the crop. The fruit is rich in vitamins A and C and can be eaten raw or cooked in a variety of ways.

Here are the steps to draw Cartoon Watermelon. Enjoy!

Step 1: Draw a fan shape next to a parallelogram. 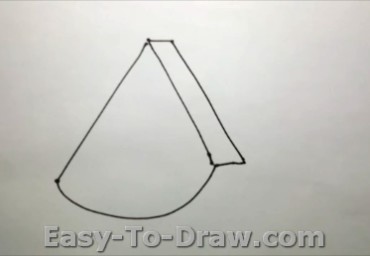 Step 2: Draw two half circles under the fan shape. 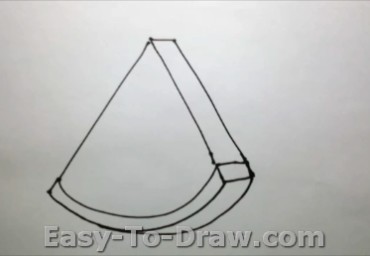 Step 3: Draw some black dots on the fan shape and the parallelogram. 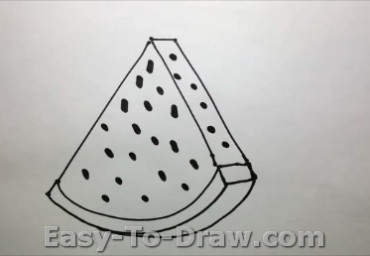 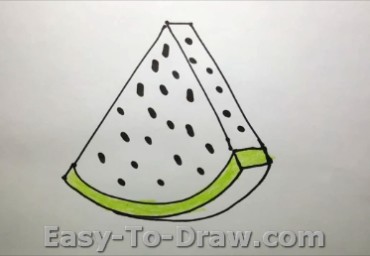 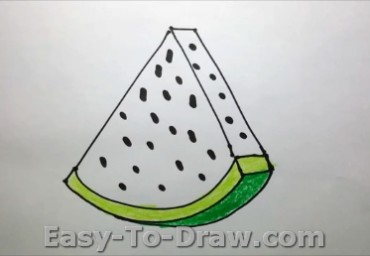 Step 6: Color the fan shape and the parallelogram red.

Sung to: “Are you Sleeping?”