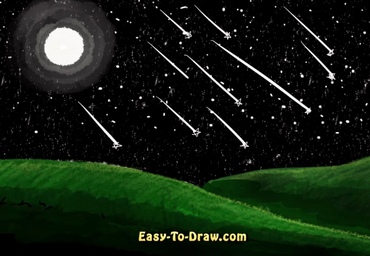 A meteor shower is a celestial event in which a number of meteors are observed to radiate, or originate, from one point in the night sky. These meteors are caused by streams of cosmic debris called meteoroids entering Earth’s atmosphere at extremely high speeds on parallel trajectories. Most meteors are smaller than a grain of sand, so almost all of them disintegrate and never hit the Earth’s surface. Very intense or unusual meteor showers are known as meteor outbursts and meteor storms, which produce at least 1,000 meteors an hour, most notably from the Leonids. The Meteor Data Centre lists over 900 suspected meteor showers of which about 100 are well established. Several organizations point to viewing opportunities on the Internet. NASA maintains a daily map of active meteor showers.

Here are the steps to draw meteor shower. Enjoy!

Step 1: Draw the outlines of the moon and the hills. 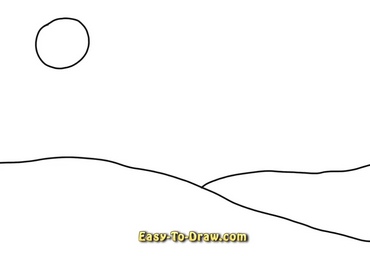 Step 2: Color the sky black with the crayon.

Step 3: Color the hill in dark green with layers. 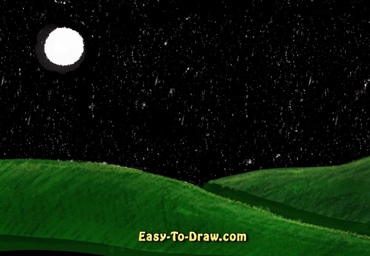 Step 4: Draw the halo of the moon and lots of stars in the sky. 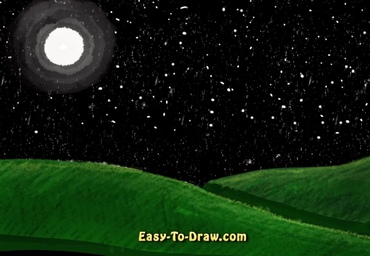 Step 5: Draw some shooting stars in the sky. 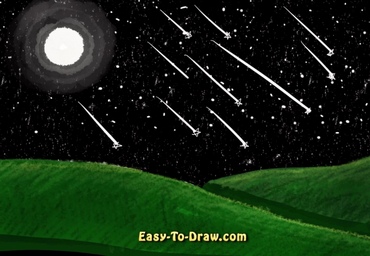 Step 6: Draw some shadows on the hills.

There was a time
(There was a time)
Of felicity
Ripening fruit, sandpiper’s flute
There’s a rhythm the moon obeys
(Milky moon, meteor shower)
Pulling the tide
Breaking the Night

There was a time
(There was a time)
Of melancholy
The lonely child who only felt
The pulling hands of the gloomish waters
(Milky moon, meteor shower)
Conducted by the milky moon