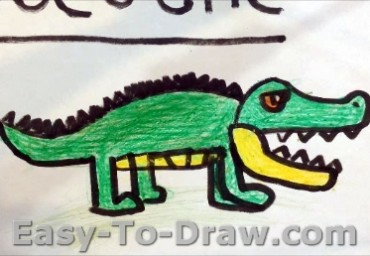 Crocodile size, morphology, behavior and ecology somewhat differs between species. However, they have many similarities in these areas as well. All crocodiles are semiaquatic and tend to congregate in freshwater habitats such as rivers, lakes, wetlands and sometimes in brackish water and saltwater. They are carnivorous animals, feeding mostly on vertebrates such as fish, reptiles, birds and mammals, and sometimes on invertebrates such as molluscs and crustaceans, depending on species and age. All crocodiles are tropical species that unlike alligators, are very sensitive to cold. They first separated from other crocodilians during the Eocene epoch, about 55 million years ago. Many species are at the risk of extinction, some being classified as critically endangered.

Size greatly varies between species, from the dwarf crocodile to the saltwater crocodile. Species of Osteolaemus grow to an adult size of just 1.5 to 1.9 m (4.9 to 6.2 ft), whereas the saltwater crocodile can grow to sizes over 7 m (23 ft) and weigh 2,000 kg (4,400 lb). Several other large species can reach over 5.2 m (17 ft) long and weigh over 900 kg (2,000 lb). Crocodilians show pronounced sexual dimorphism, with males growing much larger and more rapidly than females.Despite their large adult sizes, crocodiles start their lives at around 20 cm (7.9 in) long. The largest species of crocodile is the saltwater crocodile, found in eastern India, northern Australia, throughout South-east Asia, and in the surrounding waters.

The longest crocodile captured alive is Lolong, which was measured at 6.17 m (20.2 ft) and weighed at 1,075 kg (2,370 lb) by a National Geographic team in Agusan del Sur Province, Philippines.

Crocodiles are polyphyodonts and able to replace each of their 80 teeth up to 50 times in their 35 to 75-year lifespan. Next to the full grown tooth there are a small replacement tooth and a odontogenic stem cell in the dental lamina in standby that can be activated if required.

Here are the steps to draw a Crocodile. Enjoy!

Step 1: Draw the shape of the face and the mouth. 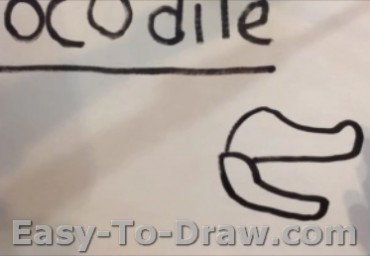 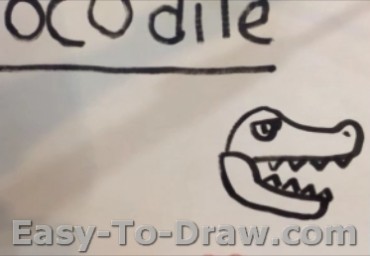 Step 3: Draw the shape of its body and feet with a long tail. 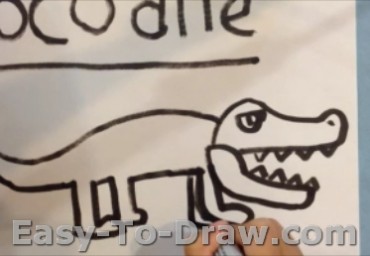 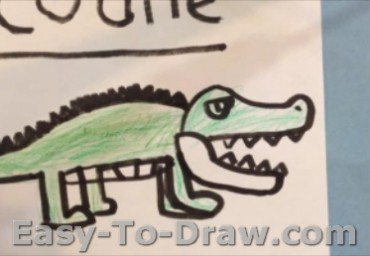 Step 5: Color the eye red, the tummy and mouth yellow.