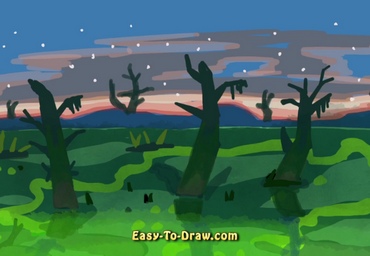 A swamp is a wetland that is forested. Swamps are considered to be transition zones because both land and water play a role in creating this environment. Swamps vary in size and are located all around the world. The water of a swamp may be fresh water, brackish water or seawater. Freshwater swamps form along large rivers or lakes where they are critically dependent upon rainwater and seasonal flooding to maintain natural water level fluctuations. Saltwater swamps are found along tropical and subtropical coastlines. Some swamps have hammocks, or dry-land protrusions, covered by aquatic vegetation, or vegetation that tolerates periodic inundation or soil saturation. The two main types of swamp are “true” or swamp forests and “transitional” or shrub swamps. In the boreal regions of Canada, the word swamp is colloquially used for what is more correctly termed a bog, fen, or muskeg. Some of the world’s largest swamps are found along major rivers such as the Amazon, the Mississippi, and the Congo.

Here are the steps to draw swamp. Enjoy! 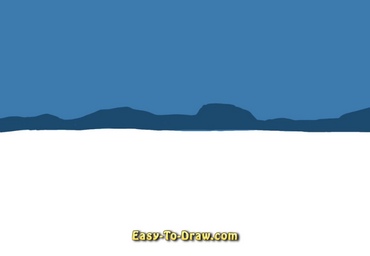 Step 2: Draw the wetland in green. 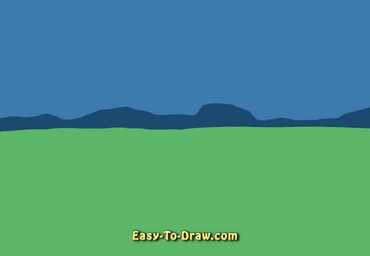 Step 3: Draw some different green layers on the swamp. 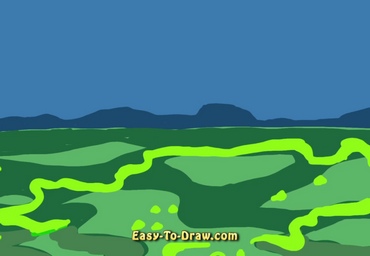 Step 4: Draw some sunset clouds in the sky. 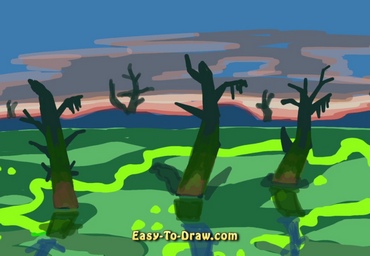 Step 6: Draw a dark green layer on the surface of the swamp. 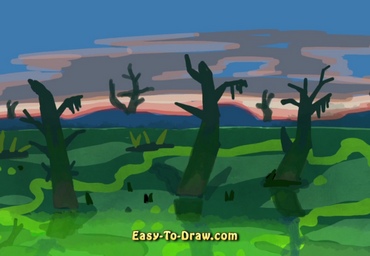 Step 7: Draw some stars in the sky.