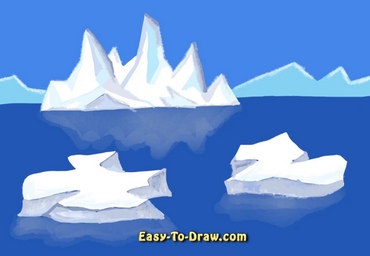 An iceberg is a large piece of freshwater ice that has broken off a glacier or an ice shelf and is floating freely in open (salt) water. Small bits of disintegrating icebergs are called “growlers” or “bergy bits”.

Much of an iceberg is below the surface which led to the expression “tip of the iceberg” to illustrate a small part of a larger unseen issue. Icebergs are considered a serious maritime hazard. The 1912 loss of the RMS Titanic led to the formation of the International Ice Patrol in 1914.

Icebergs calved by glaciers that face the open sea, such as in Greenland, are irregular shaped piles. In Antarctica, ice shelves calve large tabular (table top) icebergs. The biggest iceberg ever recorded was Iceberg B-15A which split off the Ross Ice Shelf in Antarctica in 2000.

Here are the steps to draw iceberg. Enjoy!

Step 1: Draw the outlines of the icebergs. 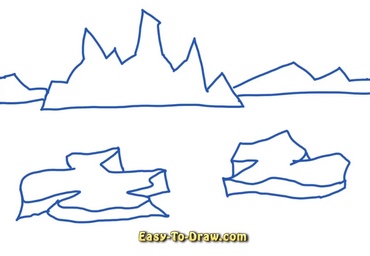 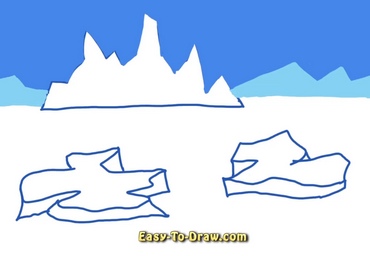 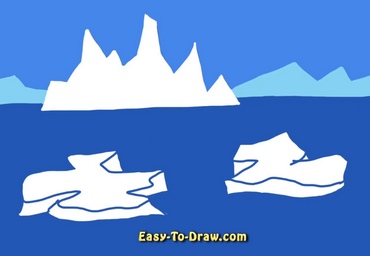 Step 4: Color the nearby icebergs light blue with layers. 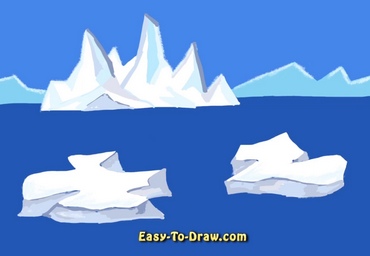 Step 5: Draw some reflections of the icebergs on the lake.