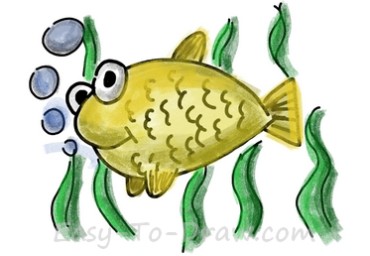 The goldfish (Carassius auratus) is a freshwater fish in the family Cyprinidae of order Cypriniformes. It was one of the earliest fish to be domesticated, and is one of the most commonly kept aquarium fish.

A relatively small member of the carp family (which also includes the koi carp and the crucian carp), the goldfish is a domesticated version of a less-colourful carp (Carassius auratus) native to east Asia. It was first domesticated in China more than a thousand years ago, and several distinct breeds have since been developed. Goldfish breeds vary greatly in size, body shape, fin configuration and colouration (various combinations of white, yellow, orange, red, brown, and black are known).

The mutation that gave rise to the domestic goldfish is also known from other cyprinid species, such as common carp and tench.

Here are the steps to draw Cartoon Goldfish. Enjoy!

Step 1: Draw the body of the goldfish. 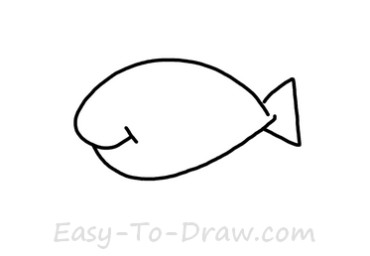 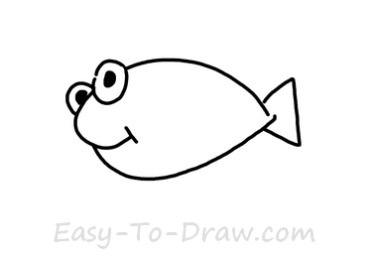 Step 3: Draw some fish scales on the body. 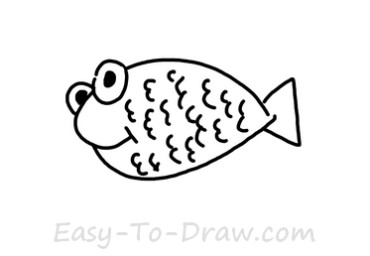 Step 4: Draw the fins on the body. 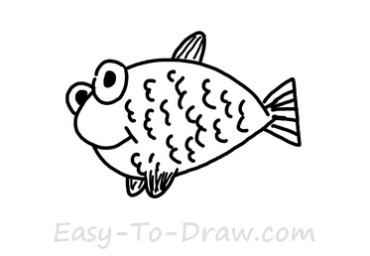 Step 5: Draw some water plants and some bubbles surrounding the goldfish. 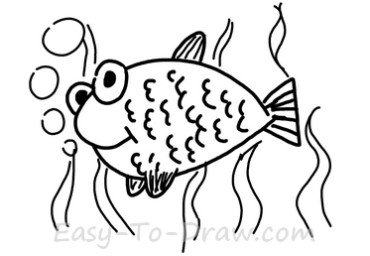 Step 6: Color the body of the gold fish yellow. 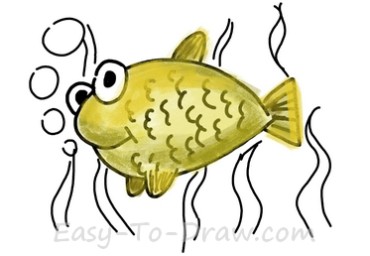