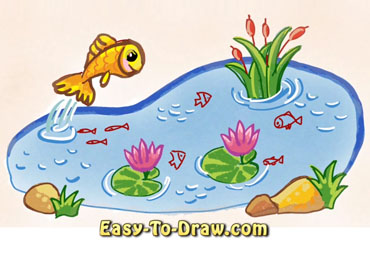 A fish pond, or fishpond, is a controlled pond, artificial lake, or reservoir that is stocked with fish and is used in aquaculture for fish farming, or is used for recreational fishing or for ornamental purposes. In the medieval European era it was typical for monasteries and castles (small, partly self-sufficient communities) to have a fish pond.

Records of the use of fish ponds can be found from the early Middle Ages. “The idealized eighth-century estate of Charlemagne’s capitulary de villis was to have artificial fishponds but two hundred years later, facilities for raising fish remained very rare, even on monastic estates.”. As the Middle Ages progressed, fish ponds became a more common feature of urbanizing environments.

Those with access to fish ponds had a controlled source of food, not unlike pastures for cattle and sheep, for use on days when it was not permitted to eat meat. However fish ponds were difficult to maintain. They were a mark of power and authority, since only rich nobles and institutions such as monasteries could afford to maintain them. In winter, supplying fresh food for a castle garrison was a constant struggle. Nobles had access to meat from deer parks, but this did not supply the needs of whole households. Though fish ponds required maintenance to keep them healthy,[1] they were an elegant way of giving monasteries and noble houses access to fresh fish. Some of the more popular species of fish farmed in fish ponds were carp and pike. From the 14th century onward these fish proved to be a popular feature of artificial fish ponds.

Here are the steps to draw Fish Pond. Enjoy!

Step 1: Draw an oval as edge of the fish pond. 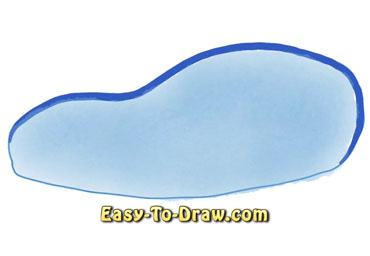 Step 2: Draw some stones and grass around the fish pond. 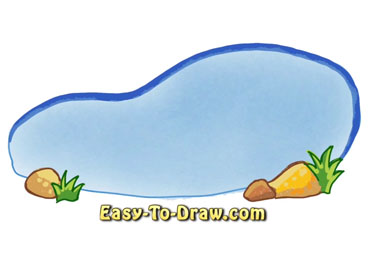 Step 3: Draw some plants in the fish pond. 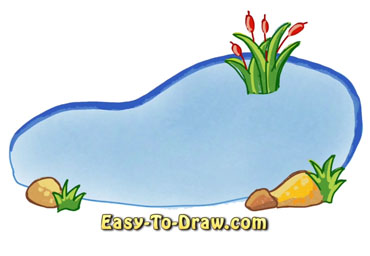 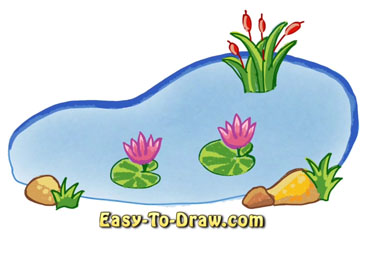 Step 5: Draw some fish in the pond and a big jumping fish. 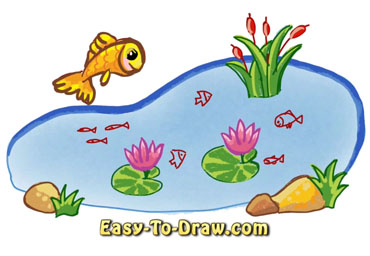 A little fish in a big pond has gotta have lots of heart
For swimming around are big fish, but if he’s the least bit smart

Back to his little pond he doesn’t go
The little fish spreads his fins and begins to grow, grow, grow