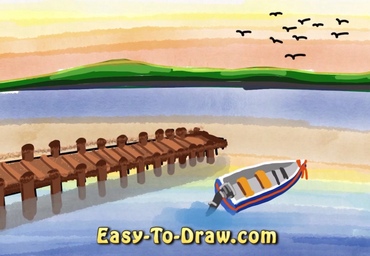 A dock (from Dutch dok) is the area of water between or next to one or a group of human-made structures that are involved in the handling of boats or ships (usually on or near a shore) or such structures themselves. The exact meaning varies among different variants of the English language. “Dock” may also refer to a dockyard (also known as a shipyard) where the loading, unloading, building, or repairing of ships occurs.

Here are the steps to draw Dock. Enjoy!

Step 1: Draw some mountains in the distance. 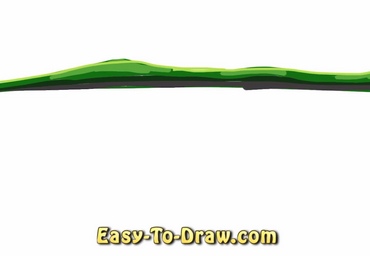 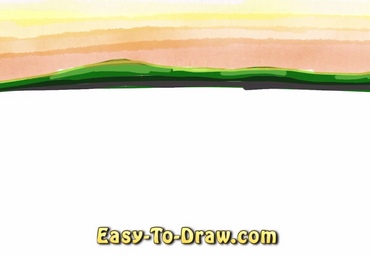 Step 3: Color the water blue with the reflection of the sun. 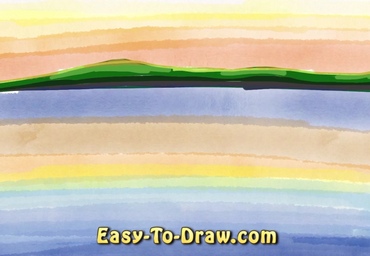 Step 4: Draw a brown dock with shadow in the water. 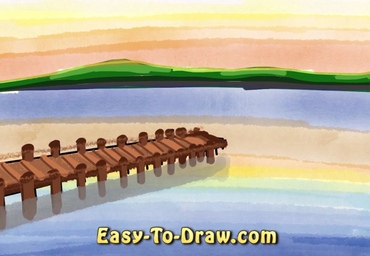 Step 5: Draw a boat beside the dock. 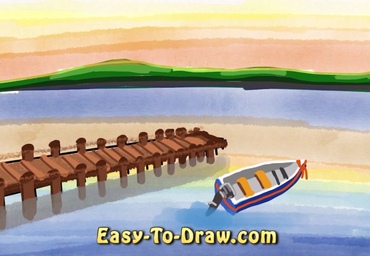 Step 6: Draw some birds in the sky.

Sittin’ in the mornin’ sun
I’ll be sittin’ when the evenin’ come
Watching the ships roll in
And then I watch ’em roll away again, yeah