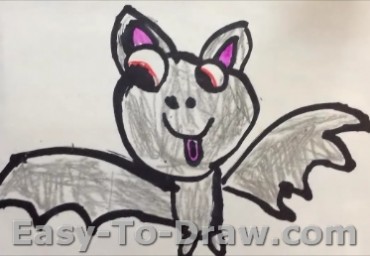 Bats are mammals of the order Chiroptera (/kaɪˈrɒptərə/; from the Greek χείρ – cheir, “hand” and πτερόν – pteron, “wing”) whose forelimbs form webbed wings, making them the only mammals naturally capable of true and sustained flight. By contrast, other mammals said to fly, such as flying squirrels, gliding possums, and colugos, can only glide for short distances. Bats do not flap their entire forelimbs, as birds do, but instead flap their spread-out digits, which are very long and covered with a thin membrane or patagium.

Bats are the second largest order of mammals (after the rodents), representing about 20% of all classified mammal species worldwide, with about 1,240 bat species divided into two suborders: the less specialized and largely fruit-eating megabats, or flying foxes, and the highly specialized and echolocating microbats. About 70% of bat species are insectivores. Most of the rest are frugivores, or fruit eaters. A few species, such as the fish-eating bat, feed from animals other than insects, with the vampire bats being hematophagous, or feeding on blood.

Bats are present throughout most of the world, performing vital ecological roles of pollinating flowers and dispersing fruit seeds. Many tropical plant species depend entirely on bats for the distribution of their seeds. Bats are important, as they consume insect pests, reducing the need for pesticides. The smallest bat is the Kitti’s hog-nosed bat, measuring 29–34 mm (1.14–1.34 in) in length, 15 cm (5.91 in) across the wings and 2–2.6 g (0.07–0.09 oz) in mass. It is also arguably the smallest extant species of mammal, with the Etruscan shrew being the other contender. The largest species of bat are a few species of Pteropus and the giant golden-crowned flying fox with a weight up to 1.6 kg (4 lb) and wingspan up to 1.7 m (5 ft 7 in).

Here are the steps to draw a Bat. Enjoy! 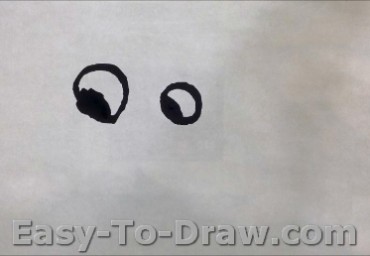 Step 2: Draw its nose and mouse with a tongue. 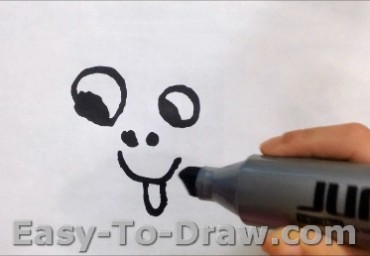 Step 3: Draw a circle as its face. 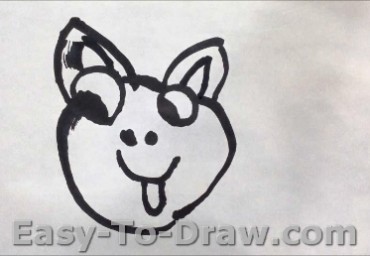 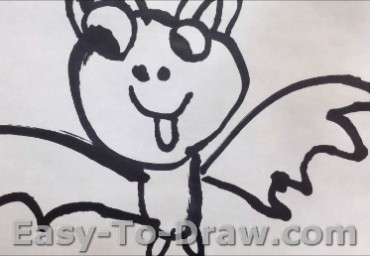 Step 5: Color the face, the wings and the body grey. 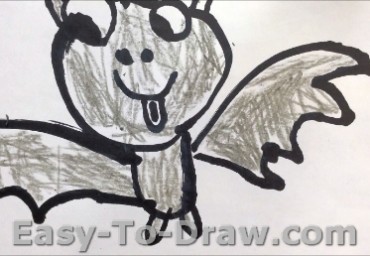 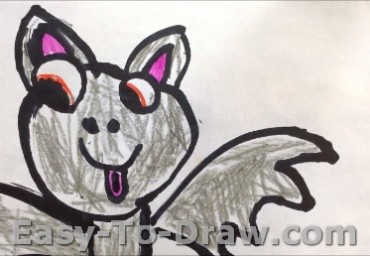